It’s the year 2019; gone are the days with one phone line and one answering machine. You now carry around a cell phone that can do it all in one tap: send a text, make a call, send an email, write a Facebook message and ruin your entire relationship – ALL IN JUST A CLICK OF A BUTTON!

Day after day, I get phone calls from friends and emails from readers that all share the same amount of craziness: You think that the more you try to make contact, the likelier the person in question is to respond.

Do you have any idea how crazy you sound? In fact, insanity is often defined as repeatedly doing the same thing and expecting a different outcome each time.

Also Read: 4 signs that your past relationship is affecting current one

Being Crazy BEFORE a Relationship

The charm that got you that number exchange is dead the second you come off too desperate. If they want to see you, they will make the time; if they want to call you, text you and whisper sweet nothings they will find a way, no matter how busy they are. If you act like you have nothing better to do than texting them all day, they’re likely to believe your relationship won’t be much different and they’ll obviously stop pursuing you.

Being Crazy During a Fight

Some people just need some time to chill after a fight. The idea that everything needs to be worked out before bed puts unnecessary pressure on an already tense situation. Often times, a couple just needs to take a breather to rationally dissect the fight. By texting, calling and not leaving your partner alone, you risk suffocating him/her. And let’s be honest, there’s nothing sexy about someone trying to asphyxiate you.

Being Crazy After a Break-Up

If you’ve been dumped, sending a shit ton of texts and drunk dialing isn’t going to suddenly remind your ex you are worth a second shot. If getting your ex back is your goal, you want to head the opposite way on the crazy scale and remind ‘em why you were awesome to be with in the first place. You don’t do this by acting like a creep.

If you did the dumping, realize that being ignored is just a consequence to your actions; if you broke someone’s heart by leaving them or giving up on your relationship, they have the right to pack up and move on with their lives. Being crazy in your efforts to reconnect isn’t like you see in the movies. And if your ex has decided to ignore you, you owe ‘em that freedom. If your crazy antics are successful, it’ll only be short term; you’ll only have won by conquering an already broken heart.

Why Calling, Texting and Repeatedly Trying to Make Contact is Working Against You:

I know it makes sense in your mind; You want this person to know you’re still in it to win it, that you’re thinking about them no matter what you’ve been through or how little you’ve known each other, and that if they see how much effort YOU are putting in, they may suddenly want to do the same. But it doesn’t work like that.

Yes, modern technology gives you a thousand doorways to reach the person in question. But it doesn’t assure they’ll be on the other side. Your texts are being read, your missed calls are being viewed, your emails are getting sent to spam, and your Facebook messages are being ignored. They are not disappearing in a cyber black hole.

How to Stop Being Crazy?

What you see as the end goal of your attempts is just an illusion. It’s all wishful thinking. The real end result is a shame. The day will come that you will realize that guy you met last night isn’t calling; your partner just resents you when you push ‘em into a corner during a fight; and that your ex is probably laughing and calling you pathetic to all of your mutual friends. That day, my friend is an ugly day indeed.

Like nail biters dip their fingers in acetone to stop biting, you need to find a way to stop contacting. If you’ve met someone new and realize you’ve made one too many attempts… delete their number. If you’re fighting with your partner, call a friend, make a date, and vent. That should help you release as well as give your partner time to breathe. If you’re being crazy with an ex, delete all numbers, get rid of anything that makes you think of them, de-friend them and hide all mutual friends from the news feed. (If they’re friends worth keeping, they’ll understand)…Last step: bang your head against the wall long enough to replace the thought of your ex by the pain of your forehead. Easy.

Also Read: How to Save A Failing Marriage or Relationship

Whatever you do, keep your dignity. Make the extra effort NOW by not looking like a fool and reap the benefits later – whether those benefits be a call back from a first date, an apology from a partner or finally getting over that stupid ex.

Need some best ways to stop thinking about your Ex? Watch this video made by Jessica Boss which will help you for sure to overcome from this craziness! 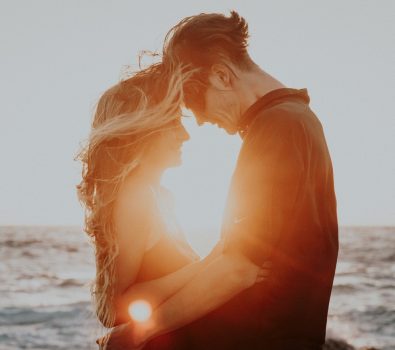