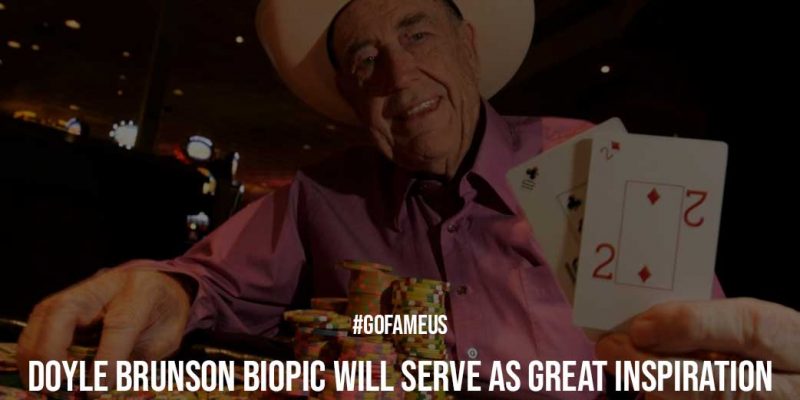 The poker industry is packed full of greats who have managed to climb all the way to the top and persistently achieve success in major tournaments and cash games.

There are only a select few, however, who could be considered among the best of all time. Doyle Brunson is certainly up there, as the 88-year-old is a member of a highly select group of people who have managed to win the World Series of Poker Main Event more than once.

It was recently revealed that the Texas Dolly will be getting the biopic treatment, something that has often been reserved for sports stars and musicians in the past. 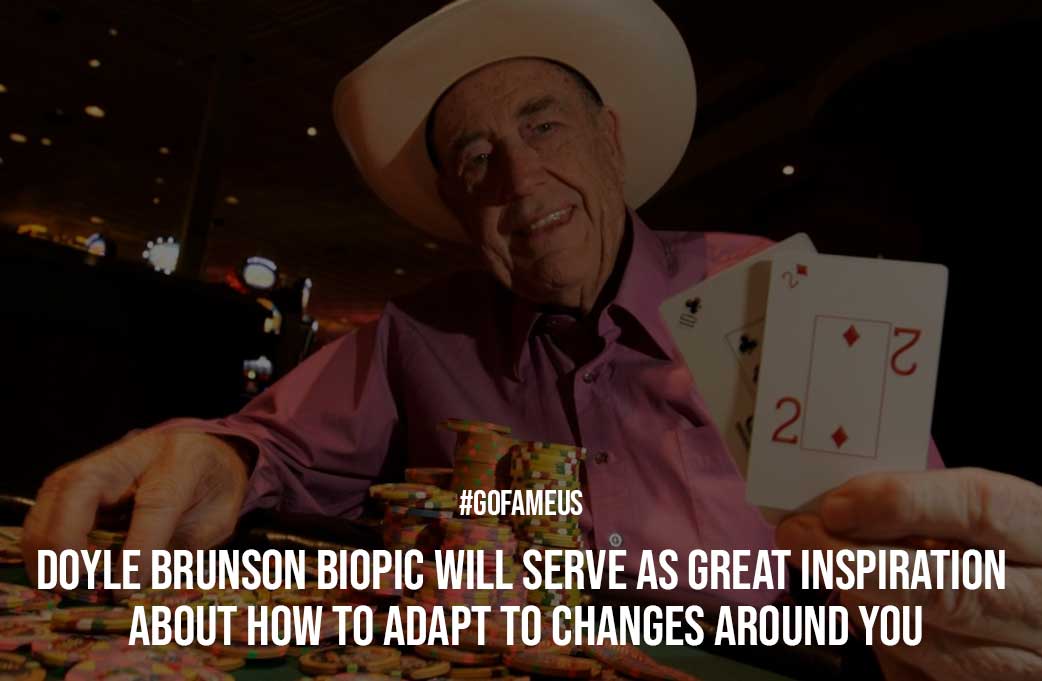 The way that Brunson adapted and evolved as the scene grew around him should serve as inspiration to poker and non-poker players alike. Indeed, even in the productivity archives at GoFameUS you are unlikely to find such a motivational story.

Deadline broke the news that a Brunson biopic was in development, and now there is excitement around what the picture could have in store. It’s excellent news for the poker industry, which could start to get more mainstream attention in other forms of entertainment.

Indeed, just as documentaries like Sunderland’s Til I Die from Netflix inspired other soccer documentaries, Brunson’s movie could lead to documentaries about other stars like Phil Helmuth and Phil Ivey.

There have been numerous low-budget poker documentaries over the years, and a precious few of these have managed to garner widespread recognition. This one could be different, though, as it’s being made by a director with serious pedigree.

Jason Heir is best known for The Last Dance, a 10-episode documentary about NBA star Michael Jordan and his career with the Chicago Bulls – you can find an inspirational quote from the legend at GoFameUS. The series was lauded and won the Primetime Emmy Award for Outstanding Documentary or Nonfiction Series in 2020.

With Hehir at the helm, expectations are high for the Brunson biopic. The movie is likely to spend a lot of time detailing the player’s success at the WSOP in Las Vegas, where he managed to emerge victorious in the paramount competition for two consecutive years in 1976 and 1977.

Only Johnny Moss, Johnny Chan, and Stu Ungar have also achieved this feat. The picture could also look at how Brunson managed to remain a mainstay in the poker scene as changes in technology happened around it.

Brunson first started playing poker in the early 1950s and soon realized that his skills in the game would earn him more than a career as a business machines salesman would. Not only was this decades before the internet would spark a global poker boom, but it was also long before computers became household items. There are few players alive today who can say they played poker in its early stages.

Many things have changed in the decades since Brunson started playing his trade in games of 5-card and 7-card stud. The poker industry itself transformed when poker sites started to gain traction in the mid-2000s. At the time, online gambling was just starting to grow thanks to the wider availability of internet providers like AT&T.

This industry blew up, and now sites like the online casino Betway have a vast array of slots, table classics, and live casino offerings like Crazy Time. These state-of-the-art options show how far online gambling has come in a short space of time and highlight how Brunson has had to deal with players that have emerged from a totally different context to himself.

The amazing thing about Brunson is the way he’s managed to evolve alongside cultural shifts. When he first played poker, hardly any of the games were televised. Indeed, televisions weren’t even commonplace in the average person’s house. Later, he became a TV personality listed on ShareTV and a regular on television shows like High Stakes Poker and Poker After Dark.

He also had to adapt his gameplay to compete against the more mathematically astute modern player. He was able to combine his knowledge of the game with new tactics to continue being one of the behemoths of the poker scene until he retired in 2018.

Also Read: Ways People Profit From the Sports Industry in 2022

Brunson’s career should act as inspiration for everyone who enjoys the stories of personal growth found at GoFameUS. He has shown that it is possible to stay at the pinnacle of a profession even when new geniuses with innovative ideas come to the fore around you. The documentary should be a real eye-opener. 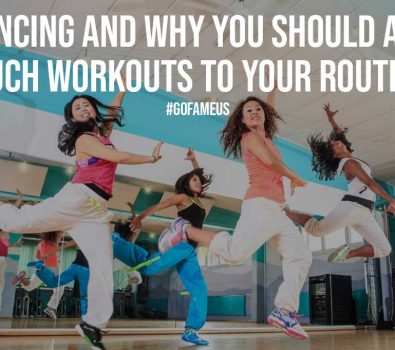