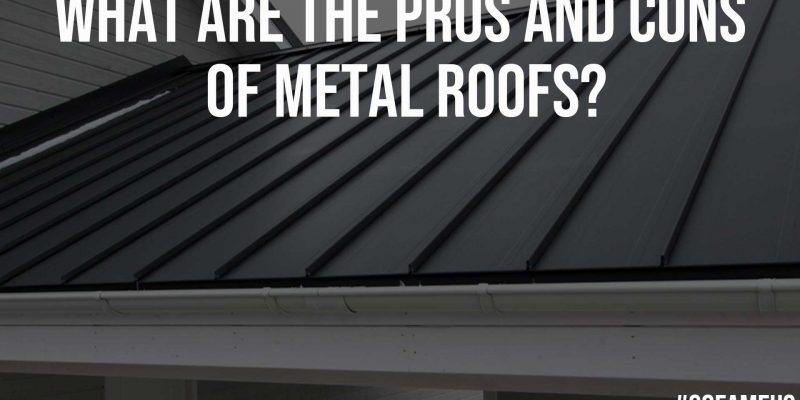 An increasing number of homeowners select metal roofing for their residences, making it a popular roofing alternative. Some individuals choose it for the soothing sound it creates when the rain hits the surface, other love it because of its green character.

Even though this construction material has won the hearts of many homeowners, it still has a list of disadvantages. Fortunately, the advantages outnumber the drawbacks. 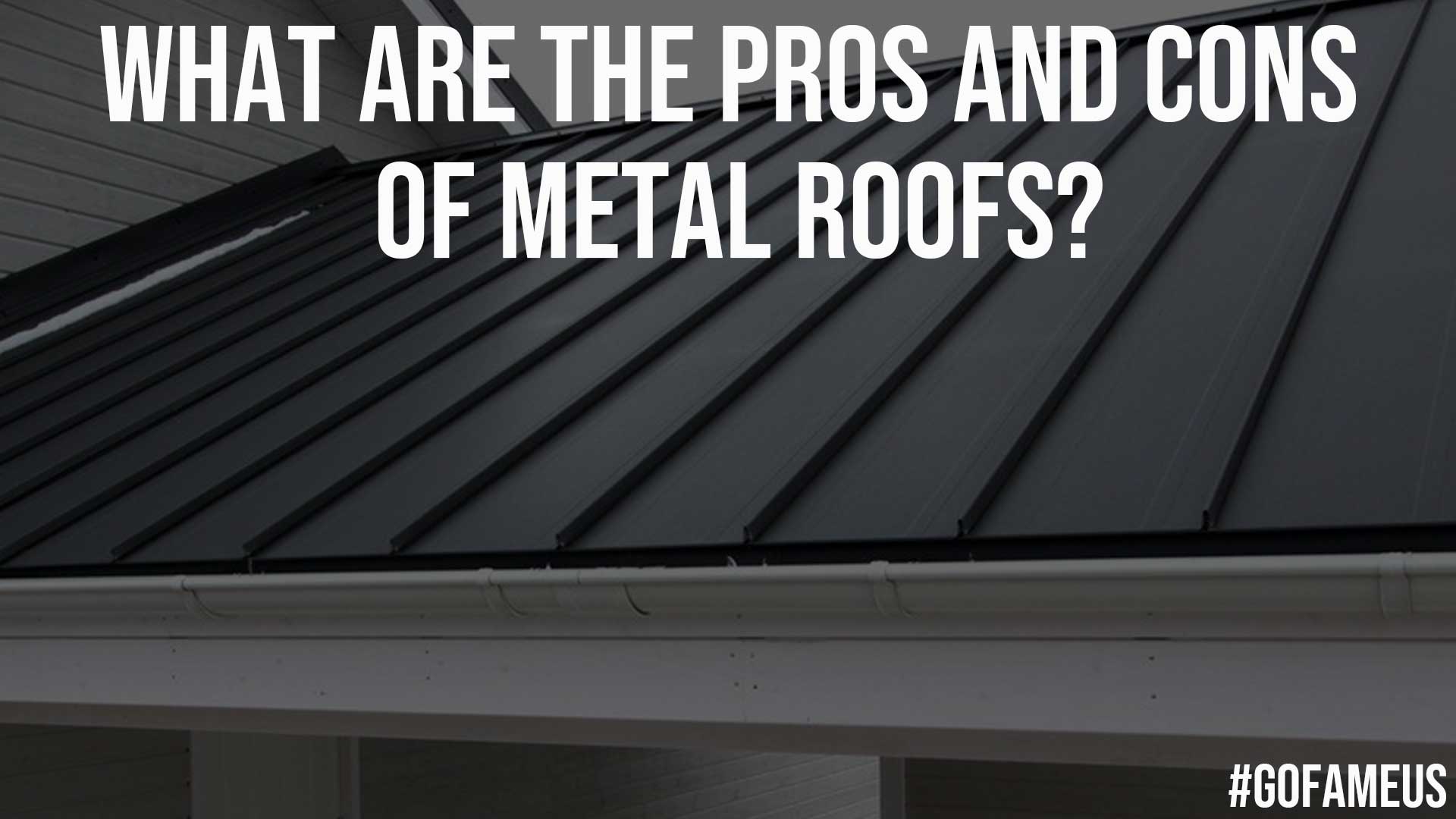 Have a look at the pros and cons of metal roofs.

Probably the most notable advantage of installing a metal roof is the durability of this roofing material. It can withstand all types of unpleasant weather, which makes metal convenient for different climates. Most of these roofs are able to shed snow and withstand high winds up to 140 miles an hour.

Furthermore, the lifetime of metal roofing ranges between thirty and seventy years, particularly when homeowners choose one with a rust-proof coating. While many homeowners find such durability hard to believe, the warranties offered by manufacturers prove them wrong. The average warranty period lasts between twenty and fifty years. Visit this URL to learn about metal roof maintenance.

Eco-friendliness is another benefit of metal roofing, as it’s considered a highly sustainable material. These panels/shingles are entirely recyclable and manufactured with at least 25% of recycled materials.

Some roofs are even made completely out of recycled materials. These structures allow the incorporation of environmentally friendly systems like solar panels and rain harvesting systems.

Additionally, homeowners who wish to install such a roof over their existing asphalt shingles can do it without removing the current shingles. The former is so light; it won’t overburden the entire structure. As a result, the problem with asphalt shingles disposal will be eliminated.

Another advantage of using such roofing material is the ability to reflect the radiant heat from the sun instead of absorbing it. The reflective power of some roofs is even further enhanced by using a special coating.

These properties of metal translate to a decrease of 25 percent in cooling costs. This material is also well-known for its thermal emissivity. It means that some of the solar heat absorbed during a hot day is resealed into the atmosphere once the sunsets.

These roofs cool down incredibly fast, much quicker when compared to asphalt or ceramic tiles. Consequently, they don’t transfer a large portion of the heat to the house. The attic space is significant for the energy efficiency of roofs.

It improves their energy efficiency by being ventilated and insulated properly. For further guidance on increasing attic-insulation efficiency, go here https://www.diynetwork.com/how-to/rooms-and-spaces/walls-and-ceilings/tips-on-increasing-attic-insulation-efficiency.

The fire resistance of metal roofs is among the best in the world of roofing materials. Most of them have a Class A rating, considered stellar regarding fire resistance. Anyhow, the fire-resistance rating of these roofs might reduce to Class C. This happens when metal roofing is installed over wood shakes, as the latter is known as a combustible material.

Furthermore, the installation process of this type of roofing is remarkably quick. The largest number of such roofing materials come in wide panels or sections with multiple shingles, which speeds up the installation process. In most cases, the existing roof doesn’t have to be torn off in order for the new one to be installed. This aspect also saves up on time and labor costs.

The low-maintenance character of metal roofing is another feature that goes in the favor of homeowners. Apart from periodic inspection and cleaning, this roofing material demands no special attention. The lightweight of the material eliminates the need for building a supporting structure. For instance, a roofing square of tiles weighs 750 pounds compared to the weight of 50 pounds per roofing square of metal roofs.

Homeowners living in areas where snowfall and rainfall are heavy would benefit from having such a roof. The slippery surface of the material sheds snow and rain maximally. Individuals are advised to choose a dark tone of roofing, as it will speed up the warm-up process and encourage melting.

Since no roofing material is flawless, metal has its own disadvantages, but these are fortunately less numerous. For instance, some homeowners find it unattractive due to the noise rain and hail make when hitting the surface. Even though the sound of rain is soothing to some people, it can be annoying to others. It’s louder than both asphalt and tiles.

Noise can be reduced by adding extra insulation in the form of solid sheathing layers. The initial investment, however, would undoubtedly increase along with the insulation. The price of this construction material is three times higher than most of the other materials, whereas ten times costlier than asphalt. The installation cost is higher as well, as roofers use special tools and equipment for the task.

Another disadvantage of such roofing is the susceptibility to denting. Despite the strength of most roofs, large hailstones and tree branches might cause a dent. Anyhow, by choosing steel instead of aluminum and copper, homeowners will reduce the risk of denting.

Making modifications to a metal roof is usually a nightmare for homeowners, especially if it’s installed in panels. Nevertheless, there are different types of metal roofs, such as copper, aluminum, zinc, and steel roofing. Some of these types can be repaired more easily than others. In any case, you’d probably have to repair a much larger portion of the panel than necessary.

Some people believe these roofs aren’t the safest alternative in the event of lighting due to the conductivity of the metal. There is no reason to worry about your safety, as these claims are nothing but a myth. Anyhow, this type of roofing isn’t exactly convenient in house fires. Firefighters might need to cut it open to put the fire out.

Also Read: How to Make Your Kitchen More Retro?

Before choosing metal as a construction material, remember to weigh its pros and cons carefully.

We hope the detailed list of advantages and disadvantages you found above will help you make the best decision! 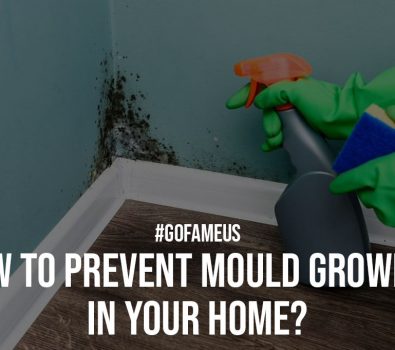